When a performed action happens faster than expected, users may not appreciate the effort put into it or believe that the action happened at all.

A few months ago, I got into a rather feisty UX discussion with a coworker revolving around an innocent-looking tweet by Brad Frost. In it, he referred to a video that reveals a “shocking discovery” about an experience on a bank’s website.

That video came from UX designer Graeme Pyle, and depicted how he felt mislead by a progress bar, after he realized it didn’t describe the real progress of the transaction he had just performed.

This bank has a totally fake progress bar! https://t.co/xvFaimWRId this is some next-level bullshit, expertly discovered by @africanmattjay

Pyle explains how, during a visit to his bank’s website, he discovered that the site’s progress bar “is a total lie.” During the demonstration in the video, he shows how the bar progresses even though the computer doesn’t even have an Internet connection. Digging into the page’s HTML he reveals how the progress pace even tries imitating a realistic behavior, creating short pauses along the way.

When the video was uploaded, numerous comments identified with the betrayal Pyle felt, based on the idea that the information presented to the user should match the real actions taking place “behind the scenes.” But is that the “right” way to design?

One could find differing opinions in the Twitter discussion, including the claim that making the user wait (even artificially) might actually make the user experience better. One of the commenters was Yaniv Sarig, a coworker of mine at Uniq UI studio, with whom I had a fascinating conversation that led to ideas and action items we’ve already used in our projects.

User experience is a vast expression that comprises many principles beyond usability. The discussion on Twitter brought up two of those principles: perceived time and perceived value, which are, of course, are related and affect one another.

How Do We Perceive Time?

In Steve Souder’s article “The Perception of Speed,” he discusses perceived time, suggesting a few ways to fill the time users wait for a process to complete, such as presenting interesting content or asking users to perform some necessary actions.

These solutions are supposed to make the wait time seem shorter. You are probably familiar a similar trick thanks to airport architecture, which is generally designed to make the arriving passengers go through a long journey before getting to the baggage claim area, so the wait time there is perceivably shorter. The guiding principle is simple: time that passes while doing something is perceived shorter than time that passes while waiting statically.

There are many examples of apps using different methods to make perceived time shorter. In addition, the pace the bar progresses also has a major influence to on the perceived time, something discussed in this UX Movement article.

When trying to create a faster and smoother user experience you can shorten the perceived time rather than the actual time. In order to do so, you can fill waiting times using content, animations, or actions the user can perform. Notice that if there is any delay in the action happening behind the scenes, make sure you stop the distractions and notify the user.

Good Things Come to Those Who Wait

In another article, “Wait for it …” by Stephan P. Anderson, he notes that when it comes to interfaces, faster isn’t always better. Sometimes a short wait will not necessarily harm the experience. In other words, if you want create a better user experience make the users wait.

This might seem contrary to common sense but think about it: when purchasing a lottery ticket, for example, the wait has an important role. If we take the waiting part out of the chain of events we are left with a person who gives someone a small amount of money for the ticket, and is immediately told if he or she won a large amount of money. This certainly kills the fun and suspense of slowly revealing the winning numbers, doesn’t it? The few bucks we spend on the ticket actually buys us harmless daydreams of being rich.

In his detailed example, Anderson discusses what he calls the “missed opportunity” in an app that calculates fuel usage per mile: after users enter all the required details (miles driven since last fueling, numbers of liters in current filling, price etc.) they are excited to see the results telling them how good their fuel usage was over the past few days.

This is a thrilling moment, but it’s also the sole moment during the week when the app is used. The results appear without any delay, and the “missed opportunity” is that the designers didn’t give users a chance to guess for themselves, nor did they create any build-up of tension (like reality TV shows do so horrifyingly well). The result just appears on the screen in a cold and efficient way.

Just like any other aspect of UX, you have to put some thought into how you guide your users through a process involving waiting. Do not assume that the obvious option (give the user the data he asked for as fast as possible, in this case) is the right one. Sometimes increasing efficiency may harm the overall experience.

What Do You Eat When You’re Starving?

“Anything” is probably the correct answer. In other words, our expectations of something, whether our next meal or a page that’s loading, obviously affect our appreciation of the outcome. This is what I referred to as perceived value, and it can serve as a powerful tool when designing an interface.

It gets even more important when the outcome we expect is complex. If we make an online money transfer through our bank account, a $1 transfer seems easier than a $10,000 transfer. Why? The answer may be related to our knowledge of how those actions are performed in the “real world” (i.e. a $1 transaction requires handing a single dollar bill and will take a few seconds, whereas a $10,000 transfer is a more complicated task). Of course, if we think about it rationally, the more accurate comparison is to writing a check, where the effort of making it out for $1 or $10,000 is very similar.

When an action we perform happens faster than we would expect it to, we may not appreciate the effort put into it. In more extreme cases we may think that if it happened too fast, maybe it didn’t happen at all. 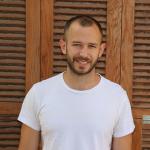 Tal Mishaly, Tal Mishlay is a UX Designer and content editor at Uniq UI. If he isn't designing an interface, he's probably writing about one.