Bingewatch Culture: Netflix, UX and the slow demise of moderation

As it stands today, consumption of content is at an all-time high, and it’s on its way upwards.

Ask your mother and her mother, and no doubt they have a quaint story about how life was 30 odd years ago. Fond memories of the first TV they bought, the Sunday Doordarshan episode — and the family huddled around to watch it together.

Fast forward 13 years and now, it’s not uncommon to meet your colleagues on a Monday and discuss what they watched over the weekend — but this time it could be one of 36,049,046 shows that exist on various streaming platforms, and anywhere between 3 to 16 episodes apiece.

Right now, we battle the mutant that is Netflix today.

But back in 2013, Baby Netflix in its diapers was thinking about coming out with its first show. A show about an aspiring President, ruthless and cunning — aiming for the top.

This was a bold move by an online video rental company, so they needed to cover their bases. They asked Harris Interactive and cultural anthropologist Grant McCracken to find out more.

Harris Interactive and Grant McCracken did their research, they spoke to the people, they crunched the numbers, and a few days later, they came back, excited, and told baby Netflix the following:

“The focus on short narrative forms on social media and daily interactions has left a niche craving for longer narratives which people want to enjoy alone or with their partner/friends.”

Baby Netflix goo-ed and gaa-ed and gasped. And House of Cards was born.

And House of Cards was placed at the bottom of another, larger house of cards.

A house whose every alternate card was a wide-eyed, stone-faced watcher with a bottomless tub of popcorn in one hand, and a muscle relaxant in the other.

And every other alternate, a garbage truck of 100$ bills, halted at a tilt, pouring incessantly into the mouths of hungry director-types — eyes facing upward, aviators painted gold.

There is a wide choice of shows competing for the limited free time of online viewers. This creates a need to indulge in watching even more series at a time to be able to keep up with the new content coming on the market.

Netflix knows that the point wherein you, the watcher, begins to feel that crawling urge to keep watching the show is not the pilot (first episode). This is why Netflix releases complete seasons in one day — giving you the golden opportunity to watch as much as 13 hours of content in a single sitting. This binge-release strategy has created a cult of watchers that Netflix dubs binge-racers (around 8.4 million subscribers as of now) that are ever-ready to consume content in large volumes.

Now, Netflix is known to have the strongest team of engineers at the back-end, making their recommendation game unparalleled. They have the capabilities to map the viewing habits of their 100 million worldwide users, and understand their specific preferences, down to the genres, sub-genres, even colours they each like. This information helps them give the users exactly what they want — the right title at the right time, with the exact artwork they will prefer — based on genre…

Now, we don’t necessarily think of ourselves as magicians, but there is a lot of under-the-table UX work that goes into influencing our day-to-day behavior. Watching shows is no exception to it. 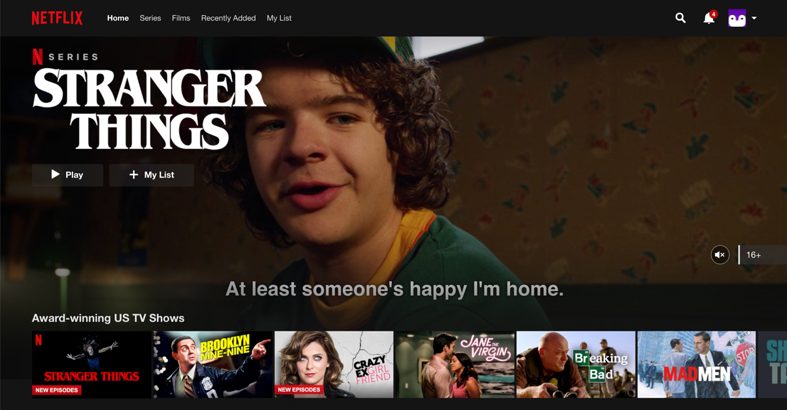 The Netflix landing page is an immersive experience. Considering that it is made only of trailers and show thumbnails, one can easily conclude that the artworks on the show thumbnails are of premium real estate value to Netflix. And as we covered earlier, not only are the thumbnails exciting, they are also personalized based on your viewership.

Netflix knows that once you get a dip into the universe of the show, the intrigue starts early. They do everything to make sure you catch a moving glimpse of their shows. Therefore, there is the hero banner of an auto-play trailer as soon as you land. They also have quick previews of the trailer when you hover on a thumbnail. And if you watch the trailer — the show starts automatically. On the app, Netflix also has the story-esque trailer bites that can be swiped between — another immersive experience baited and ready.

Now, once you have decided that a show is worth watching and you click on it, you reach the show landing page that has limited information, so as not to distract from the goal — to watch the show. The play button is large and the trailer begins within a few seconds of reaching the page. Once a user has chosen a show, the UI recedes back as much as possible — the philosophy known as “Don’t sell past the close”.

After one episode is over, the post-play interface comes into (post) play. Here, there is artwork related to the show, to keep them engaged for the few seconds that they are between episodes. The default is set to the next episode or next show as relevant. People tend to stick to the default and so without doing anything, the next episode plays automatically. As much as we’d like to give all the credit to the UX designers out there, they actually get by with a little help from your own brain.

Our brain is hard-wired to see things through. This is known in Psychology as the Zeigarnic effect, which goes — We tend to remember unfinished tasks better than completed tasks. This is our natural reminder system, and it manifests here when we have an unfinished show, movie or a cliffhanger on our minds.

Our minds are built with one goal — keep us alive. To do this, we tend to deeply prefer the familiar to the new (As they say, better a devil you know than a devil you don’t). And so, in our day to day lives we live a familiar kind of story for the most part. To quench the tussle with that part of us that wants novelty (which is smaller), we seek new experiences from a familiar place — enter television.

Nowadays, shows are not just shows. They come with a cultural promise of inclusion and immersion. With 7 seasons, 24 episodes each and 3 conversations a day about it, binge watching allows us to be fully consumed by another narrative, giving us a good chance to forget about our own for a while — a break our mind gladly accepts.

It tends to take a lot for our minds to make a change. Usually, we prefer the familiar and therefore stick to the default option in daily life. This is known as the status quo bias, and this is what our minds do to make us keep watching that next episode that plays automatically.

Binge watching is no longer a solitary activity — the culture is widespread. Among these intersecting cultures are one of spoilers. When everyone is inducted into a show, it becomes a kind of race to the finish. The losing price for this race is not being able to enjoy the show, since someone or some internet article ‘spoils’ it for you and tells you the ending. And nobody likes to lose races.

All’s not rosy in bingeland for the watchers, either. Apart from the obvious effects on the eyes, posture and muscles, there are effects on an array of life-related behaviors.

Binge watching before sleeping can increase a person’s cognitive pre-sleep arousal which can have negative impacts on sleep quality, fatigue and insomnia. Most people who identify as binge watchers are known to struggle with sleep problems. Due to the complex narratives of shows, viewers tend to need a longer ‘cooling down’ period after watching a show before going to sleep, and this affects their sleep.

When a person is engaged in a television show and eating simultaneously, they become distracted. This leads to a pattern of eating called mindless eating. Mindless eating leads to overeating, reduces satisfaction and creates cycles of cravings. Mindless eating also leads to binge eating, consuming a large number of calories in a short time — another disastrous habit.

Binge watching is not good to your mind either. Recent studies have found that self-identified binge-watchers are more likely to report higher stress, anxiety and depression in their daily life.

When we watch a show — especially a drama — our body releases cortisol (the stress hormone) continually for a long period of time. This has effects on our heart health and muscles. These shows evoke empathy and therefore increase distress levels — affecting emotion management in daily life as well.

As it stands today, consumption of content is at an all-time high, and it’s on its way upwards.

Should we applaud this as a testament to the quality of content available and the creative bravado being encouraged today?

Or should we mourn the loss of that Sunday Doordarshan session, in a sepia photograph with frayed edges, a testament to moderation in the days gone past.

This way or that, a wave is coming. And it’s taking us with it. 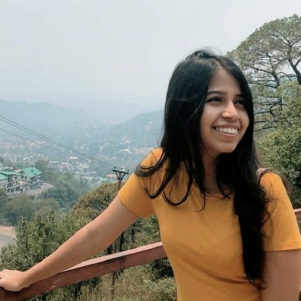 Kriti is a UX designer from Mumbai. Psychologist by education, reader & writer by passion, she loves to explore ideas within the intersection of design, business and the human experience.