You Are Solving The Wrong Problem

When solving a difficult problem, re-ask the problem so the solution helps you learn faster.

There is some problem you are trying to solve. In your life, at work, in a design. You are probably solving the wrong problem. Paul MacCready, considered to be one of the best mechanical engineers of the 20th century, said it best: “The problem is we don’t understand the problem.”

There is some problem you are trying to solve. In your life, at work, in a design. You are probably solving the wrong problem. Paul MacCready, considered to be one of the best mechanical engineers of the 20th century, said it best: “The problem is we don’t understand the problem.”

It’s 1959, a time of change. Disney releases their seminal film Sleeping Beauty, Fidel Castro becomes the premier of Cuba, and Eisenhower makes Hawaii an official state. That year, a British industry magnate by the name of Henry Kremer has a vision that leaves a haunting question: Can an airplane fly powered only by the pilot’s body power? Like Da Vinci, Kremer believed it was possible and decided to push his dream into reality. He offered the staggering sum of £50,000 for the first person to build a plane that could fly a figure eight around two markers one half-mile apart. Further, he offered £100,000 for the first person to fly across the channel. In modern US dollars, that’s the equivalent of $1.3 million and $2.5 million. It was the X-Prize of its day. A decade went by. Dozens of teams tried and failed to build an airplane that could meet the requirements. It looked impossible. Another decade threatened to go by before our hero, MacCready, decided to get involved. He looked at the problem, how the existing solutions failed, and how people iterated their airplanes. He came to the startling realization that people were solving the wrong problem. “The problem is,” he said, “that we don’t understand the problem.”

MacCready’s insight was that everyone working on solving human-powered flight would spend upwards of a year building an airplane on conjecture and theory without the grounding of empirical tests. Triumphantly, they’d complete their plane and wheel it out for a test flight. Minutes latter, a years worth of work would smash into the ground. Even in successful flights, a couple hundred meters latter the flight would end with the pilot physically exhausted. With that single new data point, the team would work for another year to rebuild, retest, relearn. Progress was slow for obvious reasons, but that was to be expected in pursuit of such a difficult vision. That’s just how it was.

The problem was the problem. Paul realized that what we needed to be solved was not, in fact, human powered flight. That was a red-herring. The problem was the process itself, and along with it the blind pursuit of a goal without a deeper understanding how to tackle deeply difficult challenges. He came up with a new problem that he set out to solve: how can you build a plane that could be rebuilt in hours not months. And he did. He built a plane with Mylar, aluminum tubing, and wire. 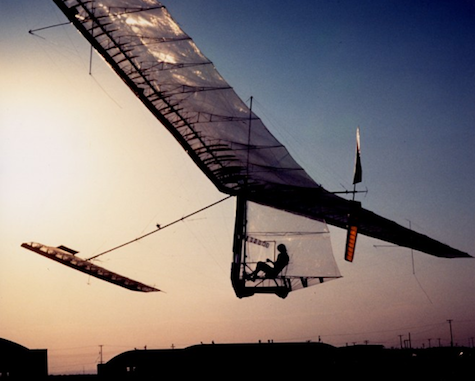 The first airplane didn’t work. It was too flimsy. But, because the problem he set out to solve was creating a plane he could fix in hours, he was able to quickly iterate. Sometimes he would fly three or four different planes in a single day. The rebuild, retest, relearn cycle went from months and years to hours and days.

Eighteen years had passed since Henry Kremer opened his wallet for his vision. Nobody could turn that vision into an airplane. Paul MacCready got involved and changed the understanding of the problem to be solved. Half a year later later, MacCready’s Gossamer Condor flew 2,172 meters to win the prize. A bit over a year after that, the Gossamer Albatross flew across the channel.

What’s the take-away? When you are solving a difficult problem re-ask the problem so that your solution helps you learn faster. Find a faster way to fail, recover, and try again. If the problem you are trying to solve involves creating a magnum opus, you are solving the wrong problem.

Thanks to Alan Kay for turning me on to this story. 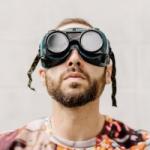